This homeowner in Bryn Mawr, PA had just a standard basement window. They reached out to Steelway to enquire about turning it into an egress window so that they could finish the basement. Since they have a stone foundation, the well around the window would have to be poured on-site. No problem for our incredible concrete division. The crew cut into the patio around the current well, dug out the well, placed the rebar, set the forms, poured the concrete, cut the stone foundation for the new egress window, installed PVC pipe to drain into the sump pit, pulled the forms, installed the window, placed the ladder, and finally installed the egress cover! This all happens over several days, but it's no problem for our concrete division! They take pride in their work and it shows. Another happy customer in Bryn Mawr, PA! 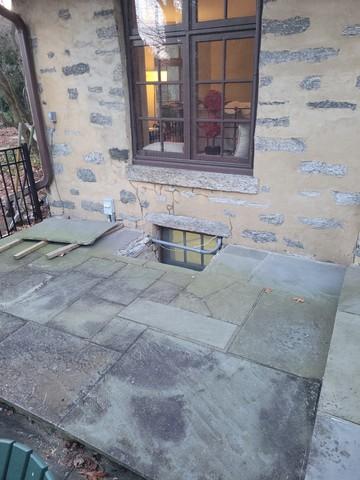 The homeowner wants to change this basement window into an egress window. 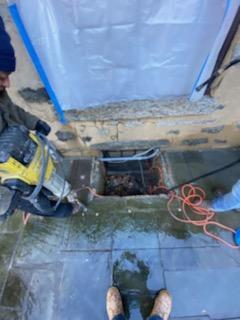 The concrete division starts to demo around the window and current opening to enlarge for the egress well, which will be poured on-site. 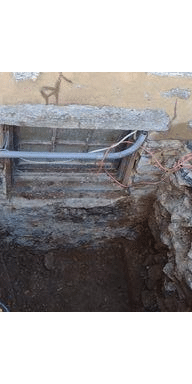 Digging out the area for the well. 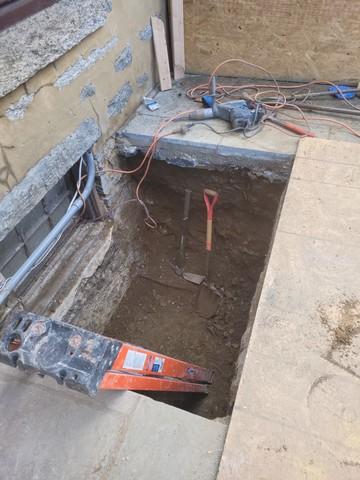 The hole is now ready for the rebar to be placed, so the forms can be set. 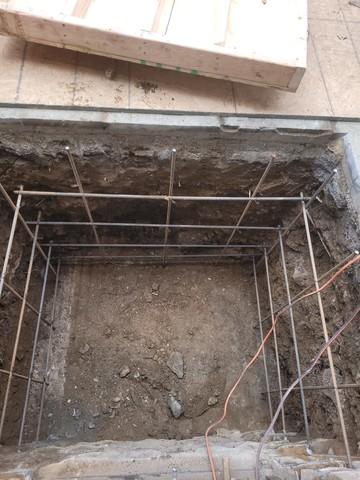 Now its time to set the forms for the concrete 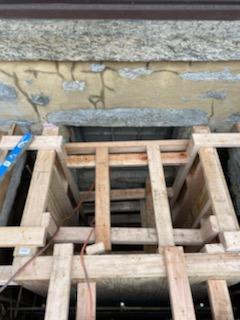 Ready to pour the concrete 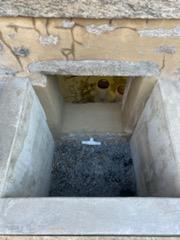 Forms have been pulled, ready for window 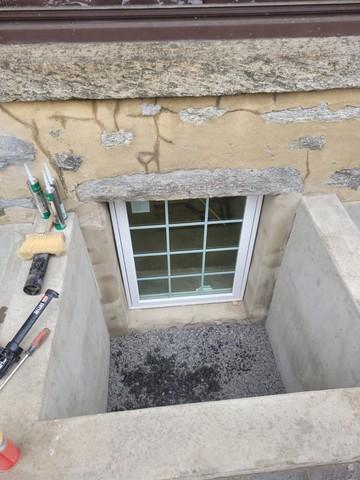 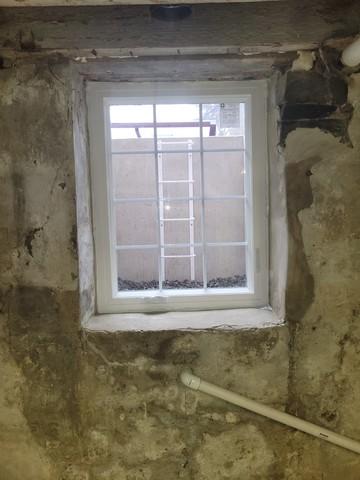 The ladder has been placed, ready to install the cover 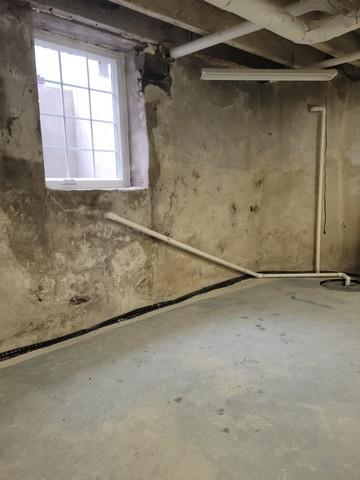 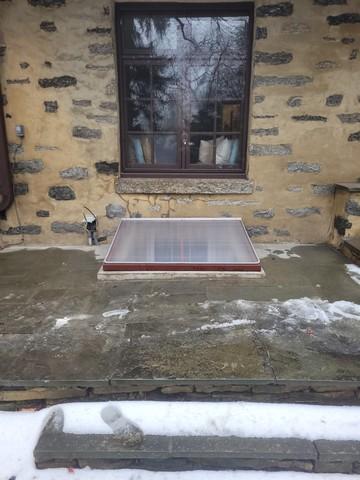 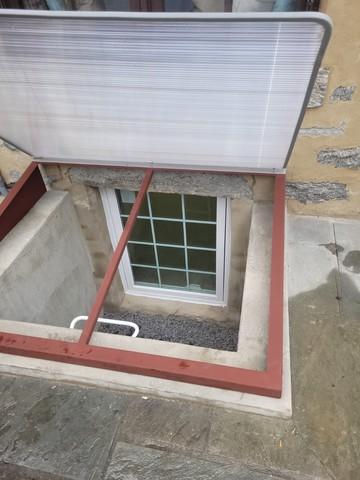 The egress cover opens up like an Alligator, in case of an emergency and someone needs to get out of the basement.

Back to Previous Page