This Philadelphia home had an old cellar door that was rusting and leaking every time it rained, so the homeowner reached out to Steelway.  One of our experienced sales representatives went out to evaluate the door and noticed that the foundation the door was on, was in very poor condition and suggested it be re-done.  Our concrete division went out, demolished the crumbling concrete, set the forms, poured the new foundation, and took the measurements for the new custom cellar door to be manufactured in the King of Prussia plant, then secured the area while the new door was made.  On the day of installation, the crew removed the forms and installed the custom angled cellar door.  Great job guys! 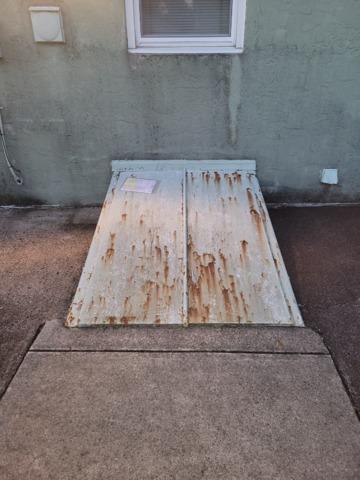 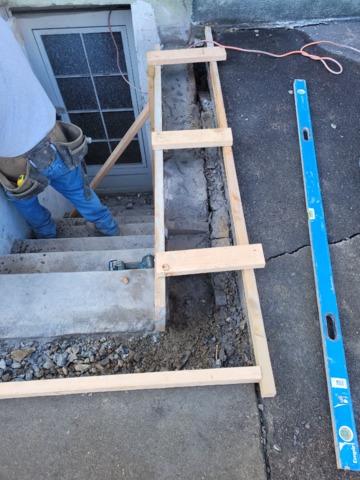 After the crew demolished the concrete, they set the forms 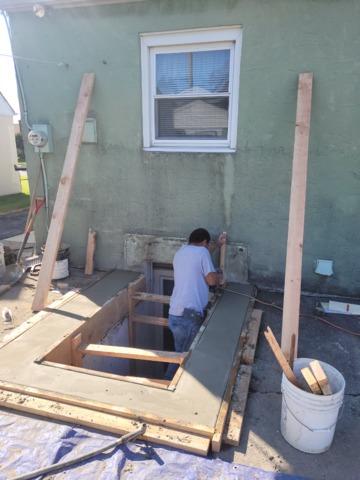 Time to measure for the custom cellar door 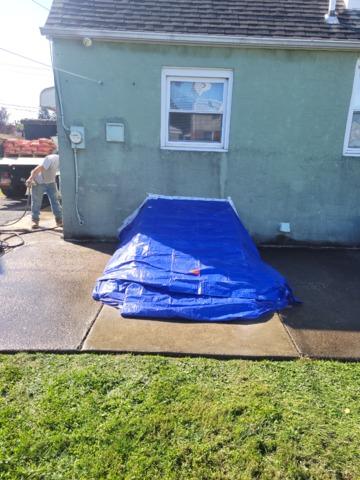 While the new door is being made, the area is secure, allowing the new concrete to dry. 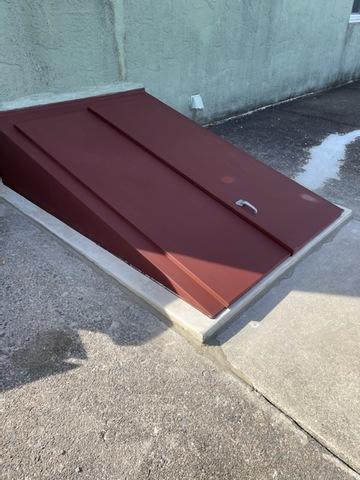 With a slightly higher platform, this homeowner should have no trouble now!

Back to Previous Page